I’ve been building Windows 8 apps for my current employer, so I’ve been running Windows 8 since the developer preview. Consumer Preview brought us the App Store — but I noticed that after some AD moves, I could no longer access the store. Turns out it’s restricted via Windows Update…so this has some large implications.

First, if you’re getting shut out of the store (“Can’t connect to the Store right now” kind of messages) & on a corporate, managed machine (you’ll see ‘Managed by your system administrator’ in Windows Update) — plus getting stuff like this:

in your event viewer whenever you try to install apps, here’s the fix:

Either copy/paste that text into a text file, save it as BobLoblaw.reg & run it, or navigate to that tree & change the DWORD from 1 to 0. Next, go into services.msc & restart the Windows Update service.

You may have to close and reopen the store for this to work properly. From the start menu, put your mouse in the top left corner, right click & hit close to close the store. Reopen & you should be good to go. 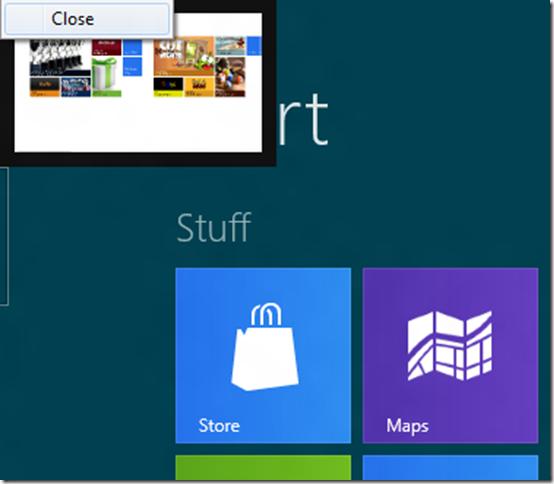 If I had to venture a guess, I’d bet we see something like this for enterprise app deployments — the power of an Active Directory domain + a Windows App Store: